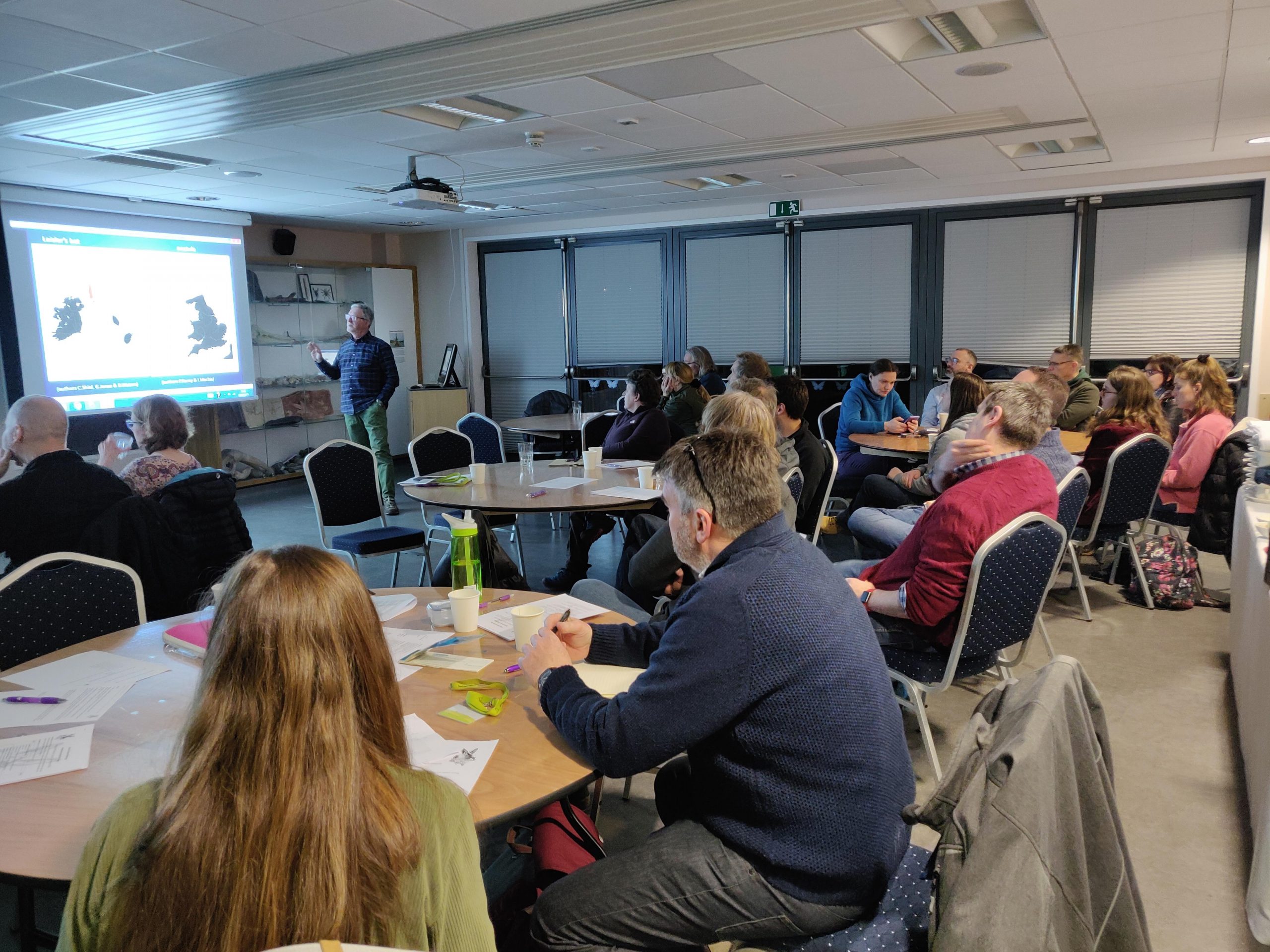 The AGM took place at 6pm before the 7pm talk, the minutes are available in the members area of this website. So on with the talk, by John Haddow about the Scottish Leisler’s project. 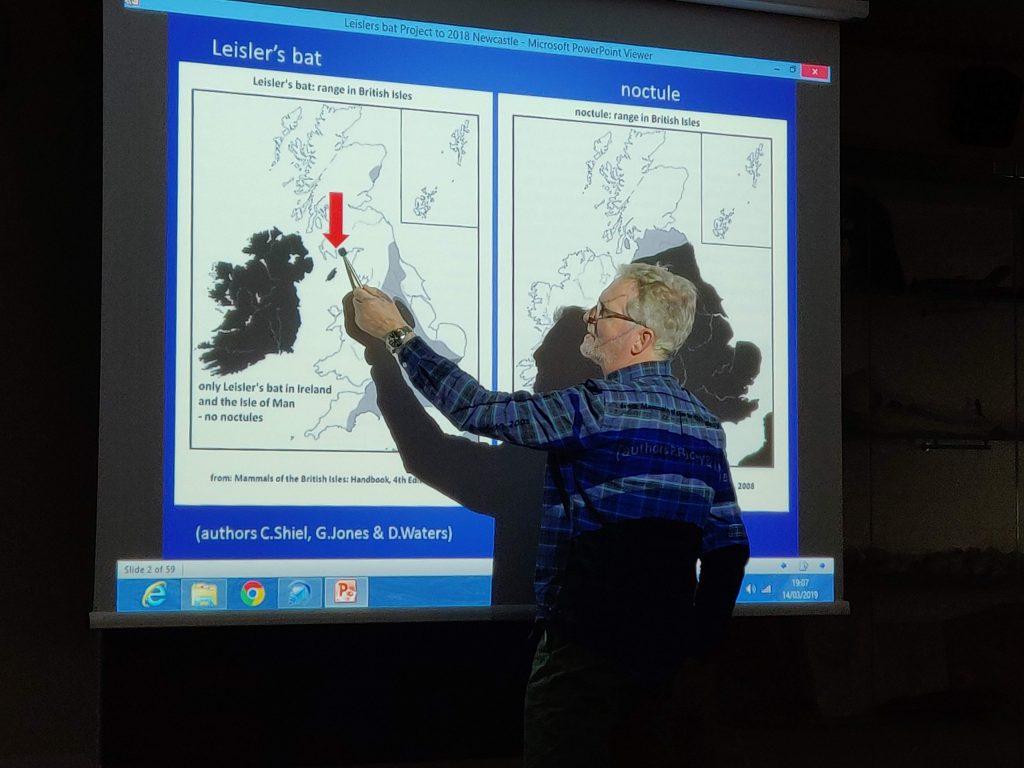 The talk was presented at the Hancock museum, (arranged by Hazel Makepeace) and attracted a bumper audience of about 26 people.

The talk centred upon the history of the Leisler’s bat project, from inception to latest findings.

Back in 2010 surveys were undertaken in the Glen Trool area of Scotland, also known as the Cree Valley. Three male Leisler bats and one non-breeding female were caught. This confirmed their presence, but not that they were actively breeding in this area.

In 2012 two sonic lures were used in conjunction with triple high mist nest, harp traps and low-level mist nests. 13 Leisler’s bats were caught; of these two males and five females were tagged and subsequently radio tracked.

Interesting information was gained bout the type of roosts and the area of coverage of each bat. It seems that the female bats fly further than the males for foraging, the males often stick to one small area, mature tree and a water body….

But it was also discovered and confirmed in subsequent surveys that this species will also roost in pine trees, especially old Scot’s pines but also spruce trees too. 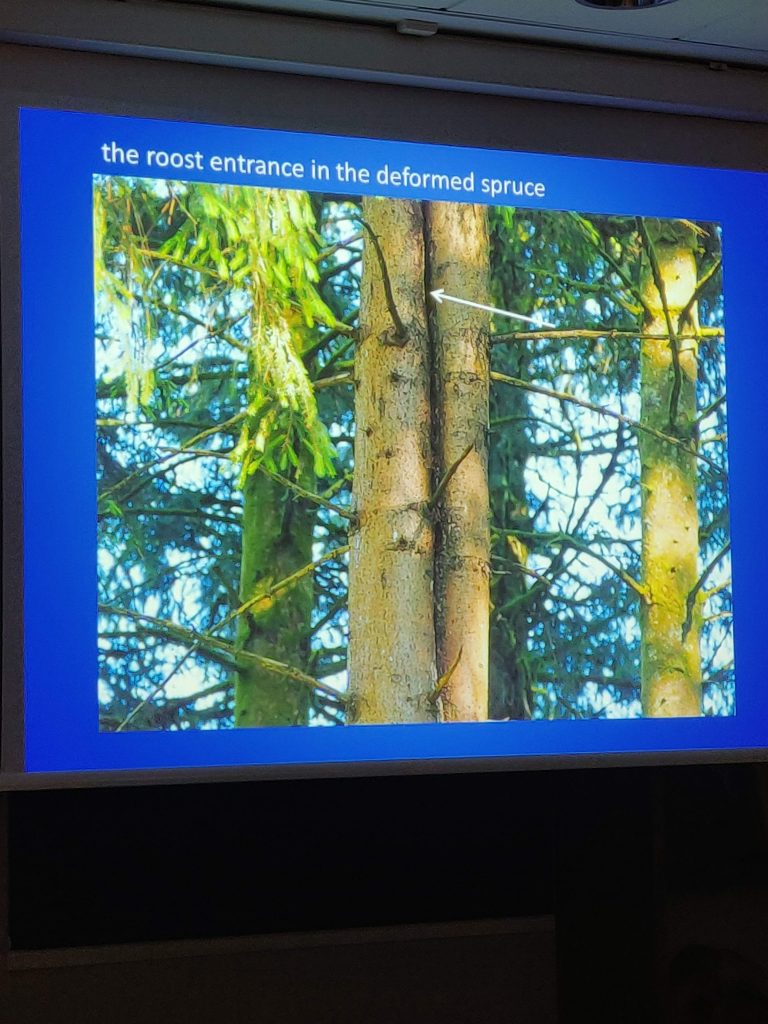 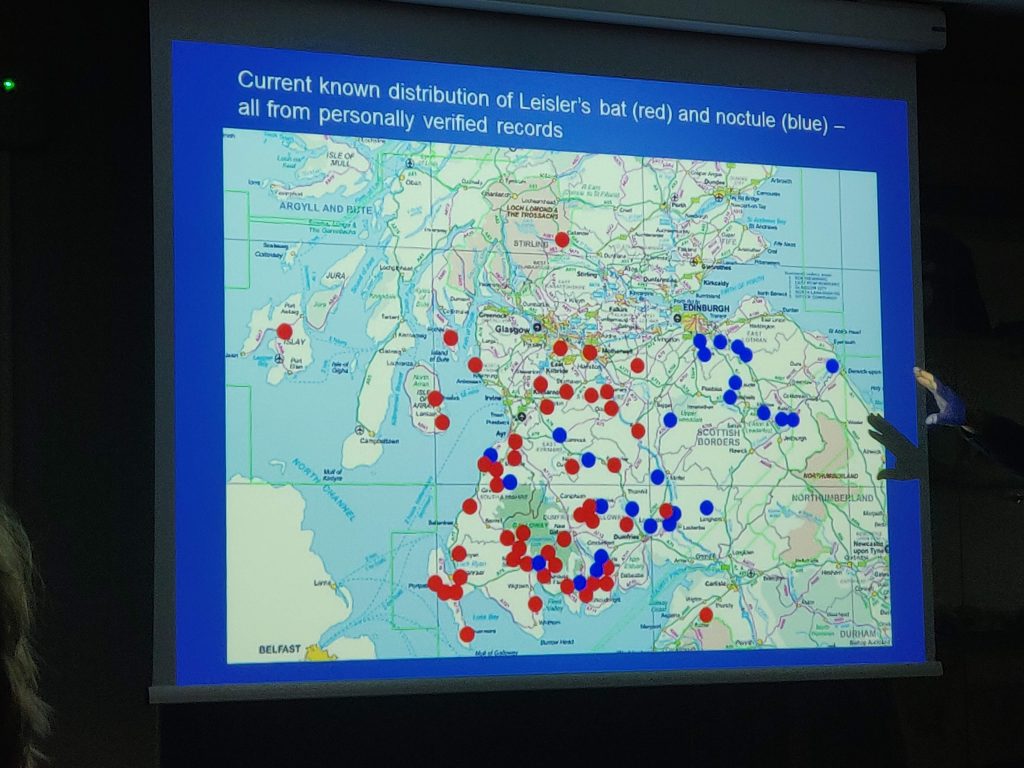 In the years since, more surveys have been undertaken across the southern part of Scotland, involving a range of volunteers.

The results now show that Leisler’s bats occur essentially to the west of the M74, from Carlisle to Glasgow, whereas the Noctule bat is more common on the east side of the M74.

That said, there are always a few anomalies, occurring across the range!

A really interesting talk, with an equally informative Q and A session at the end – and yes, we might well have Leisler’s bats in Northumberland, those at the northern extent of the English population range…