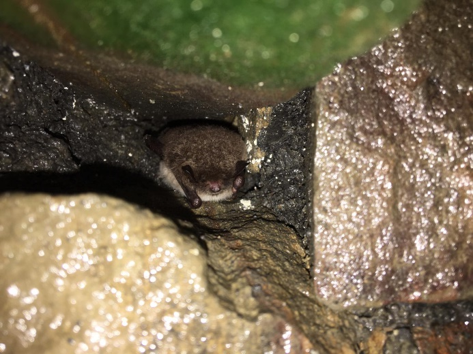 Text by Tina Wiffen, Photos by Tina and Molly Watson

We surveyed all twelve sites and recorded 17 bats, a high count, following the trend of all the surveys at these sites this winter. Four sites did not have bats, two sites held four, with one or two bats found in the others. All counts this winter have been high, I’m not sure if that means we are getting better at finding bats or if there really are more bats present, could be either..

February surveys have been very variable, in 2014 we only found three bats and in 2015 and 2016 we found eight each year, with 13 found in 2017, 10 in 2018 and the record of 19 in 2019. The survey in February 2019 was on a warm and sunny day, one of the team got sunburnt, not something you associate with hibernation surveys, or even Nenthead! So very different conditions to this February’s survey, but with similar numbers of bats found to last year 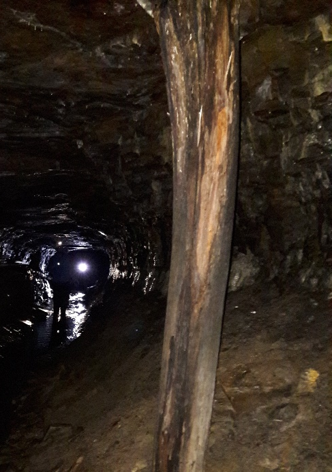 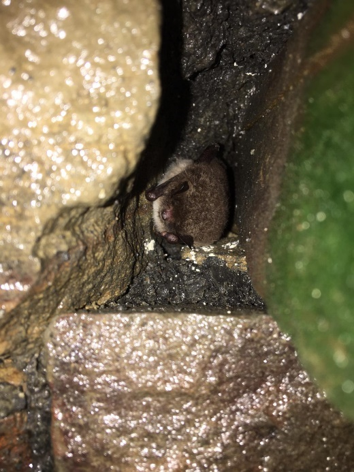 What I also find interesting is how the bats move around, some are found in the same crevice, but some move between visits. One Daubenton’s bat has been in the same crevice 14m from the entrance of the adit, from 10/12/2019 and it was still there on 19/02/2020 (pictured). In the highest adit, the four bats were found from 78m to 23m in February, with bats recorded as deep as 95m earlier in the winter. In another site all four bats were found within 12m of the entrance with one only 2.2m in this time, previously we had recorded bats as deep as 45m in this system.

Except for one adit, all the bats were either in the same place or had moved closer to the entrance. Is this time of year? I can’t imagine there has been much chance to forage up there yet. As ever, so much we don’t know.

Thank you for your help, company and cake, thanks Molly! I hope you all enjoyed it as much as I did.

During this season we have had 24 different people from at least four bat groups involved, thank you all!